Would you like to switch to the accessible version of this site?

Don't need the accessible version of this site?

Maria's Story: Taking Off the Limiters

Read how Chiropractic care has helped Maria get her life back. 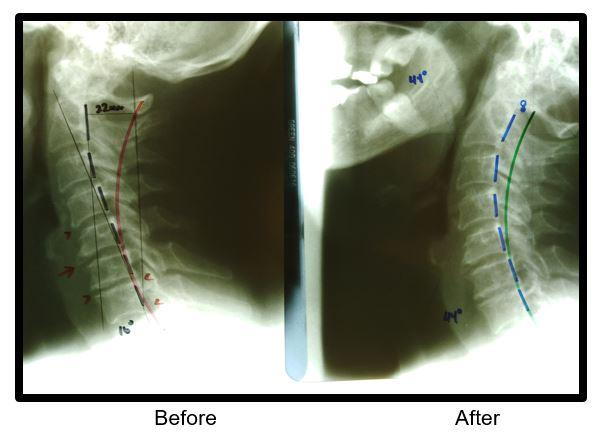 Maria is a 56 year old patient and her story began more than a year ago when she came to Health & Healing Family Chiropractic because she suffered with back pain. This caused her to feel extremely irritated, fatigued and limited in her physical abilities and believed that it was her age that was catching up to her. This would greatly affect her ability to play with her grandchildren as she typically loves to toss & twirl with them, to have a good night's sleep without pain and even standing for no more than 5 minutes was proving very difficult for her.

Thankfully Maria's daughter-in-law, Jessica, referred her in and today Maria's life is much improved and feels the limiters have been taken off! Because of her improved spinal alignment (see her before & after x-rays above) she no longer suffers with back pain and is experiencing better health & healing. She can now be the grandmother she’s designed to be - playing with her grandchildren on the floor and lifting them up to hug them when they run towards her. She has also just recently finished renovating her home and can physically work around the house all day without feeling super fatigued and beat down by the end of the day. For example, last month Maria helped her mother move out and into her new place moving furniture, packing, lifting, carrying and unpacking heavy boxes up and down stairs and by the end of the day she still had more energy to cook and clean her own house! And on top of that she also shares she's had significantly less colds and flus!

With her new found life Maria and her husband George (who also had great spinal and health improvements) look forward to a life together filled with more quality time with their grandchildren, playing golf together in Florida and travelling together to far away places like Australia. As Maria puts it, “chiropractic has changed my life!”. Way to go Maria!!